Cleaning your house or place of work is often a time consuming activity. The Neato Botvac helps you free yourself from the task, allowing you to utilize your time for more pressing and important matters. In this article, we’ll compare the Neato D4 vs D5 to determine which model best suits your needs.

The two models vary in their own ways, providing slightly different experiences when using either the D4 or D5. On the surface, they don’t seem so different and appear nearly identical but there’s more than meets the eye. So, let’s jump right in! 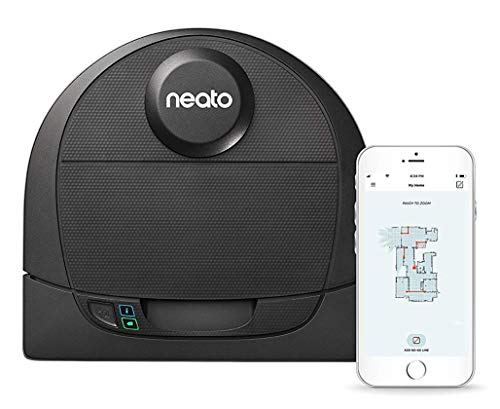 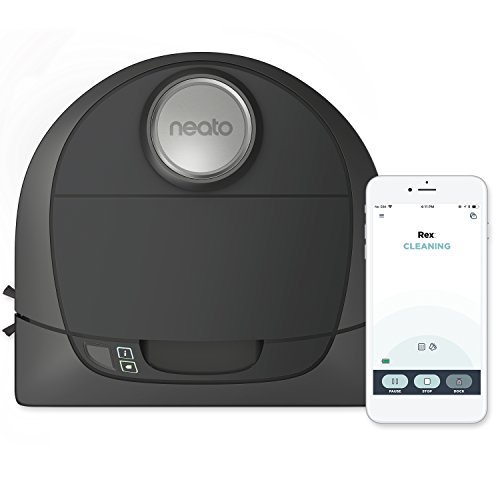 First, let’s check in with the Neato D4. The D4 is, of course, the precursor to the D5 and is therefore the less expensive model. Aside from the price point, the unit also has a few less features than the D5, although for some this is a non-factor.

So, what can the D4 do? Well, the D4 is capable of vacuuming on hard floors and carpets, leaving no surface unattended. Additionally, the shape of the Botvac, in accordance with its name, is a “D”.

This shape allows for the D4 to get all the way into corners and to have a front brush that is roughly 70% larger than most of its competition. In addition to its 11″ combo brush, the unit sports a high performance filter that traps 99% of dust mites and allergens – all the way down to 0.3 microns!

The D4 is also capable or operating in two different modes: Eco and Turbo. Eco mode allows for the unit to vacuum the entire house or space on one clean and Turbo mode sends the D4 on a deep clean, which isn’t likely to cover your whole home on one charge.

That being said, the runtime of the D4 is about 75 minutes. Impressively, if the D4 is low on power mid-clean, it will automatically go to recharge and then pick up where it left off afterwards.

The unit also features No-Go lines, which can be set via the app the inform the robot where not to go in the house.

This is massively helpful for things like shoe mats, bed skirts, or other things that may get caught up in the brush. The D4 also navigates via laser mapping for intelligent cleaning in straight lines, ensuring all spots are cleaned.

Perhaps the coolest aspect of the D4 is its compatibility with smart home devices, such as Alexa, Google Home, smartwatches, etc. Additionally, there is a mobile app that allows you to set cleaning schedules and the D4 receives regular software updates over the air, hassle-free.

What Customers Are Saying

Consumers are rather split over the usability and reliability of the D4. There are those who find the unit perfect for their homes, and others that can’t seem to get the thing going at all.

While the D4 has some phenomenal features to work with, it really doesn’t stand out for any reason aside from its “D” shape and laser navigation, with its remaining features being pretty standard for the industry.

However, it packs enough heat to consider it a high quality Botvac at a reasonable price. Let’s move on to the Neato Botvac D5 and see how it stacks up.

The Neato D5 is similar to the D4 in that all of the features of the D4 are present in the D5 either in the same or a slightly improved capacity.

For one, the D5 utilizes LaserSmart technology to navigate and map your home. This allows it to clean in straight lines just like the D4. It also has the ability to create multiple floor plans, which helps it stand out against its predecessor.

The D5 also comes in a nearly identical style to the D4 taking on the same “D” shape and sporting a large combo brush. However, the D5 has a side brush as well as the main combo brush, which allows the Botvac to reach the tough corners and crevices where pet hair and other debris tend to build up.

And just like the D4, the D5 is well prepared to clean on both hard surfaces and carpet. Another similarity between the two models is the ability to control the Neato with a mobile app and its compatibility with smart devices. The D5 also administers software upgrades over the air as the D4 does.

Similarly to the D4, the D5 is capable of auto charging and resuming its clean upon charging. The D5 will actually go to charge and resume the run twice, rather than the one time.

Oddly enough, the D5 has what’s considered to be an “ultra performance” filter, although it has the same specs as the “high performance” filter in the D4, picking up particles down to 0.3 microns. Additionally, the dustbin of the D5 connected is the same 0.7 liter size as the D4 model.

This fact feels like a missed opportunity to make the D5 really stand out against the D4 and other competition.

What Customers Are Saying

Consumers are even less keen on the D5 then they are on the D4. Of course, there is a group of completely satisfied users, but the D5 has a large group of consumers who claim to constantly have issues connecting their D5 to Wi_Fi among other complaints.

The D5 does provide some slightly improved features to the Botvac repertoire but honestly, it’s not enough to make it a must buy in comparison to the D4.

The increased price point makes this model undesirable compared to the D4 unless you have a very large home or space that would require the longer runtimes provided by the D5.

Additionally, its “D” shape is desirable compared to the circular robotic vacuums that it competes with as it’s more capable of cleaning out corners and crevices.

The D5 is also a solid model. However, if choosing between the two, we only recommend going with the D5 if you have a larger home with multiple floors that need cleaning.

Even still, the small dustbin may be a pain to deal with over a large house cleaning run. If your home is smaller, the D5 doesn’t bring enough additional features to the table to justify choosing it over the D4.

10 Best Vacuums for Stairs in 2021: Handheld, Sticks and Upright

Are Dyson Vacuum Cleaners so Good?

The 5 Best Vacuums with Retractable Cord in...